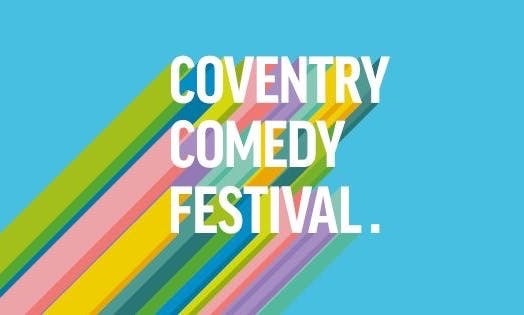 Coventry Comedy Festival is returning to the city this May!

They say laughter is the best medicine, and if you like to laugh, you’re going to love this 10 day festival happening in the heart of Coventry.

For 10 days the city will play host to comedians and acts across multiple city centre venues. The festival will welcome internationally renowned comedians and performers who will bring a variety of comedy shows to Coventry, to perform alongside local talent. You can expect to see Stand-up comedy, improv comedy, musical comedy, family shows and much more that will be on offer for everyone to enjoy and have a giggle.

Acts will begin to be formally announced leading up to the end of March, with the event providing a platform not just for the established acts, but also for new performers too!

With a multitude of shows happening across the city centre, it is a fantastic opportunity to go and ‘find the funny’ and see some hilarious shows with friends and family.

The full line up will be announced through www.coventrycomedyfestival.com

The saying ‘Laughter is the best medicine’ actually carries a lot of weight. It gives a release of endorphins, the natural feel-good chemical, which promotes an overall sense of wellbeing in our bodies. So make sure you put some time aside to visit the Coventry Comedy Festival to see some incredible acts and leave feeling good!