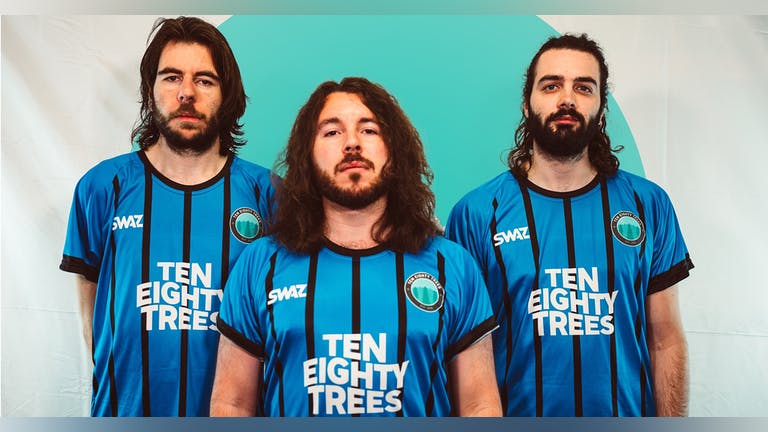 Blossoming out of the post-industrial North of England, Ten Eighty Trees have been blazing a turquoise trail across the UK with a heavy yet vibrant blend of rock. Since launching onto the scene three years ago, the band have earned a reputation for their infectious alternative rock anthems and enthralling live shows. Having previously performed alongside the likes of We Are Scientists, Jake Bugg, King No-One, All Us In Love, The Virginmarys, Blackwaters and Avalanche Party, Ten Eighty Trees have also featured on North-East festival line-ups as well as playing over Sheffield’s Tramlines weekend since their inception. 6 Music’s Tom Robinson has also proved to be a fan of Ten Eighty Tree’s rock maximalism having dropped previous singles Born Free, Casual Habits and Something in the Blood during his BBC Introducing Mixtape shows on the station.

Support from Hivemind and Holding Out:

Holding Out are a Punk-Rock trio from Newcastle upon Tyne. Since establishing themselves on the scene, they have had Radio Play from the likes of BBC Introducing and EGH Radio, as well as sharing the stage with Tiny Moving Parts, Area 11 and Muncie Girls to name but a few. Their infectious mix of Punk, Rock and Metal has garnered a dedicated fanbase, selling out headline shows across the North East of England.