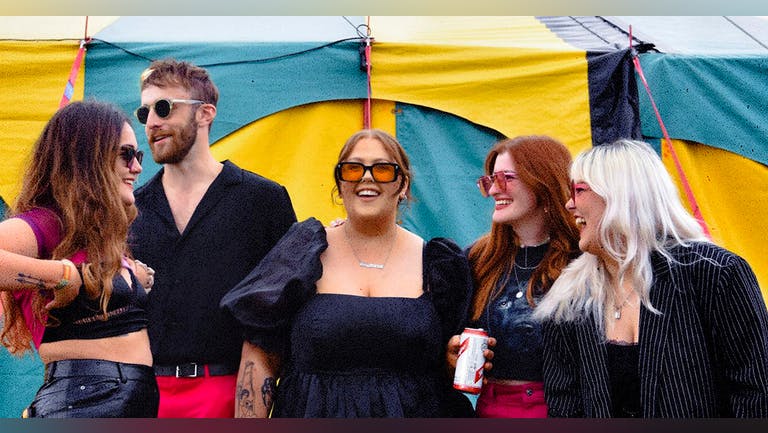 A quintet spread out across the North East, Komparrison was formed by friends Elise Harrison and Katilyn Kempen. The duo spent five years writing and gigging as an acoustic act, before adding more members, Ellie, Jess & Elliott, to the line-up late in 2020 to grow the project and flesh out their sound. Their debut single ‘Dancing With Demons’ was released in January 2021 and soon came to the attention of respected tastemakers such as BBC Introducing, This Feeling and NARC. Magazine. Outwardly trading in feel-good indie and care-free attitudes, the band write songs with depth and startling observation to create an essential document of life as a working class woman in the North East.

Formed in late 2019, The Redroom consists of the 19-year-old Jessica Lewis-Ward on rhythm guitar and lead vocals, Jake Elliot lead guitar, Dominic Aldridge bass guitar, Matthew Dodds on keys and Charlie McDonald behind the kit. Since their first release ‘Nostalgia’ in October of 2020 they have accumulated over 85,00 streams and their tunes soon came to the attention of the likes of This Feeling, BBC Introducing and Tyneside’s much-loved music storyteller, NARC Magazine. In 2021 they performed to a sell-out crowd at Hardwick Festival - alongside Nile Rodgers and CHIC – and this year they are set to open the mainstage for Stereophonics at Hardwick as well as playing the mainstage at Lindisfarne Festival with music giants Madness.

Your girlfriend's favourite band. Hailing from the North of England, Listomania are the fresh faces in the Indie-Rock scene bringing new DIY sounds to a familiar style. Sure to keep you on your toes, Listomania strive to not allow themselves to be limited to one single genre, with each of their tracks capturing a different vibe to the last by blending their individual influences to culminate into a powerful and unique sound. Listomania are made up of members Jordan Spurs (Lead Vocals and Rhythm Guitar), Michael Tuck (Backing Vocals and Bass), Lewis Southgate (Lead Guitar) and Taylor Johnson (Drums).