This event has already happened! Click here to see upcoming events from Grimmfest 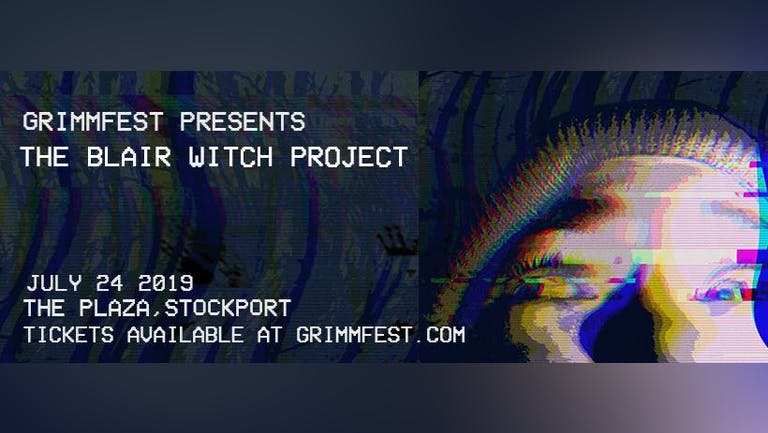 Twenty years ago, when the internet was in its infancy, the world was held captive by this ‘real-life’ documentary style film which projected the ‘found-footage’ sub-genre into the horror-sphere. Whilst the film was made for only $60,000, it made $1.5m in its US opening weekend and has gone on to gross nearly $250m world-wide.

For this event we hope to create an immersive experience for our fans who will be invited to participate in recreating the spectacle of the original release and unnerving terror of experiencing this much loved hand-held horror.

We are delighted that Dr Sorcha Ní Fhlainn from Gothic Manchester and Senior Lecturer at Manchester Metropolitan University will be joining us for a post-screening discussion of the film. Sorcha 's research areas include gothic and horror cinema; specialising in vampire studies and teratology (monster studies). She has published many papers and books on a variety of subjects such as Clive Barker, serial killers in film, The Lost Boys and Christopher Nolan and most recently published 'Postmodern Vampires: Film, Fiction, and Popular Culture'.

Three film students vanish after traveling into a Maryland forest to film a documentary on the local Blair Witch legend, leaving only their footage behind.

No under 15s will be admitted

The film will start promptly at the advertised time

Tickets are priced at £6 plus booking fee

Please note: You do not need to print your ticket, mobile/smart phone tickets (or emails) are accepted on the door.

*EVENT UPDATE* - Due to a double booking with the supplier, the 35mm print is no longer available for this screening and so we will be using a digital copy - Apologies for any disappointment this may cause.