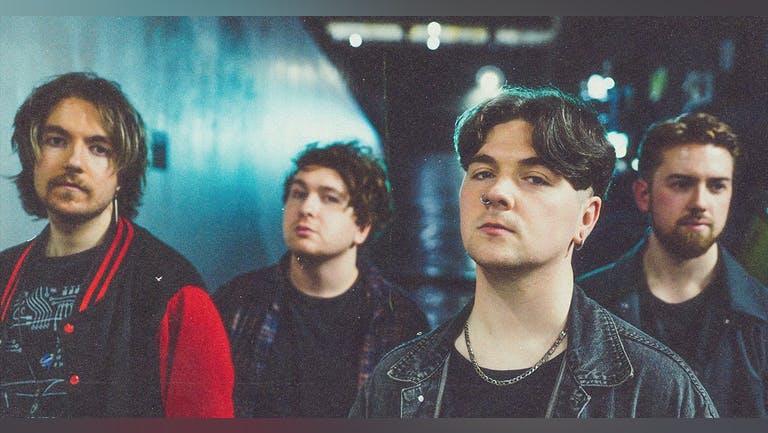 Age restrictions: All ages (U18s must be accompanied by an adult)
INDEPENDENT - SUNDERLAND
2589 Followers

Combining soaring vocal melodies, 80s inspired electronics and bouncy pop-rock guitars, Sunderland's noyou are carving a genre-bending path for themselves. Emerging early 2019 with debut song 'The War' and following up with a captivating collection of singles, noyou finally released their debut EP 'This Game We Started' in September 2022. The EP has firmly solidified noyou’s stance as one of the UK’s most exciting rising bands of 2022. The singles 'The Way You See Me' and 'Same Old Story' have seen noyou championed by the likes of BBC Radio 1, BBC Music Introducing, NARC Magazine, The Sound Lab, Idobi Radio (USA), Total Rock Radio and many more outlets from the UK and USA.

Fresh from the release of their debut EP, supported by the likes of Radio 1 and YouTube Music, the synthetic alt-rock outfit noyou show no signs up letting up. Their genre bending sound will send you hurtling towards the future in a vehicle of nostalgia and familiar charm.

Ferocious electronica-infused alt-rock trio from Leeds Artio release their explosive new EP ‘Pyrokid’ via Slam Dunk Records following a string of singles in 2022 and early 2023. The explosive new EP is a self-produced coming-of-age record with cathartic themes of change, maturity, and struggling to navigate the current chaotic state of the world.

“Artio have just revealed that they have signed to Slam Dunk Records, the home to all of the best up-and-coming rock and alt coming out of the North of England… It's called 'Pyrokid' and whizzes and bangs with throbbing pop electronics alongside foot-tapping melody and rhythm. The result is an infectious and instantly smile-inducing piece of modern rock brilliance that feels like the start of a fascinating story.” - Rock Sound

"Controversial TikTok creators with a heavy hitting sound, it is hard to miss this vinyl wearing triple threat." After garnering a loyal following on TikTok and support from BBC Introducing, Generation make a provocative return releasing brand new music with risqué themes and even raunchier music videos. Spearheaded by brothers Dean & James Carne with the addition of powerhouse drummer Hattie Steel, the group are in their best form yet and are ready to storm the music industry in all their high-heeled glory. Generation are best known for their explosive and wild live shows. Previous support slots include Idles, SLAVES and CRAWLERS.