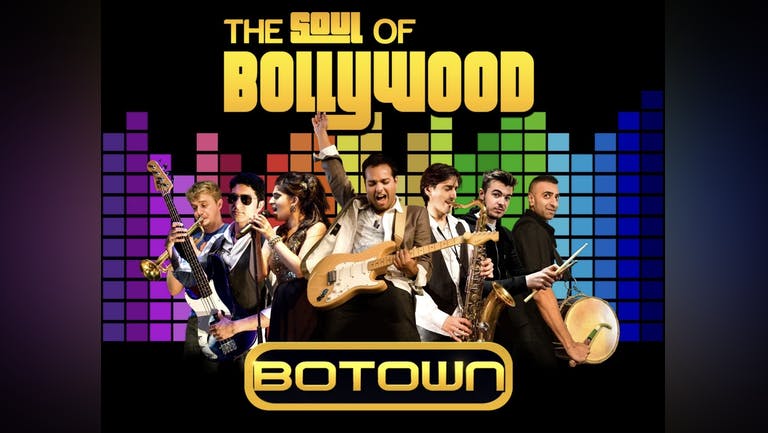 Botown - The Soul of Bollywood

Botown - The Soul of Bollywood

Botown are a chart-topping multicultural Soul band that reboot Bollywood classics with a shot of late ’60 Soul and Funk. It’s an exciting culture-clash musical experience that takes you on a musical trip from Memphis to Mumbai. Imagine a legendary ‘60’s Soul band playing Bollywood music – that’s BotownThe music of Botown blends the genres of Bollywood with classic Soul and Funk from the 1960s and 1970s. It is a musical reimagining of the Bollywood genre and references artists such as Ray Charles, James Brown and Sly and the Family Stone together with Bollywood Music Directors such as RD Burman, Laxmikant Pyarelal and Kalyanji Anandji. As well as Soul music, the band also draws inspiration from Gospel, Funk, Jazz, Blues and Reggae. Along with these musical influences Botown also add their original music and compositions. The band creates a musical link between what Srivastav calls the 'working class music of India and America.'

Botown is made up of many well known London based musicians all of whom are trained in various styles. The band was created and developed by Ajay Srivastav in late 2008 with the ethos of keeping music live and real. To this end the band is passionate about playing live and concerts include freeform and improvised sections with extended and sometimes spontaneous solo sections. Botown concerts are also well known for audience participation where fans sing and dance along with the band. Their first official public performance was in early 2009, though there were some 'warm up' shows in late 2008.