This event has already happened! Click here to see upcoming events from cherrycolaclub 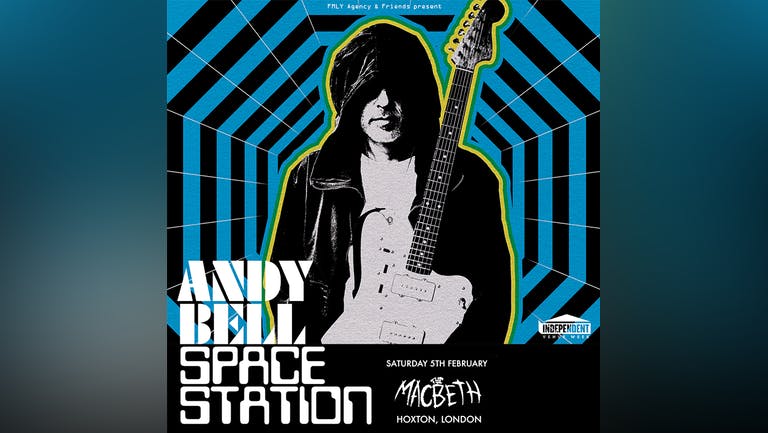 An ex member of Oasis, Beady Eye, and Hurricane #1. As guitarist or bass player, he's also appeared live with Pink Floyd, The Creation, Talk Talk, and The Brian Jonestown Massacre, and has appeared on record as guitarist for Andrew Weatherall, and recently as bass player for Du Blonde. As GLOK he has remixed MAPS, Bon Voyage, Pye Corner Audio, Ganser, The Flamingods, Ride, Franz Kirmann, Herman Kristoffersson, Bdrmm and C.A.R. among others.

ANDY BELL SPACE STATION was born in 2020, during lockdown, when Andy started a residency at a coffee shop called Lo-Fi that opened up in Crouch End, North London, where he lives. As a way of reaching people with some form of live music, Andy started streaming performances from the empty coffee shop, playing electric guitar along with reworked versions of backing tracks from his various musical worlds. This is an ongoing residency, but didn’t have a name until Andy was asked by Stereolab to support them at a recent gig, which meant he had to think of a name for it. The music comes from GLOK, Andy's solo material, and unreleased stuff too - the backing tracks are deconstructed and extended in a way that makes them easy to improvise over. The gigs are instrumental - like a DJ set with live guitar.