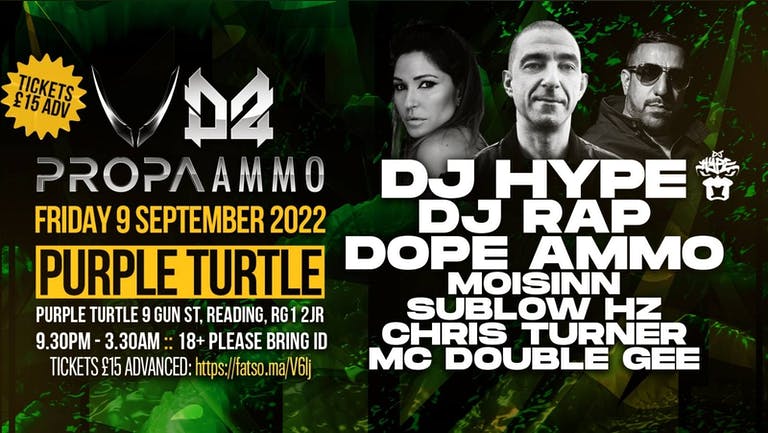 Hype first became involved in music as a teenager in 1982, assisting PJ and Smiley with their sound system Heatwave in East London, which evolved into Shut Up and Dance.
Hype began producing in 1989, engineering and co-producing tracks (including "Exorcist" and "The Bee") for Kickin'Records, Strictly Underground and Suburban Base. UK garage producer Wookie remembers that Hype worked with The Scientist on "The Bee" to create one of the first jungle tunes to hit big, following "£10 to Get In" by Shut Up and Dance in 1989. Around this time, Hype hosted a show on the London pirate radio station Fantasy FM, and he was famed for his mixing and scratching skills.

Suburban Base released Hype's track "Shot in the Dark" that made the UK Singles Chart in 1993. By 1994, he had become a big name in the breakbeat hardcore and jungle raves - landing awards for Best Male DJ and Best Radio DJ (in 1994 and 1995 respectively) at the UK's Hardcore Awards, and hosting a show on the legal station Kiss 100.

Hype's Ganja Records label gained popularity primarily through dance floor fillers such as "You Must Think First", "Tiger Style" and DJ Zinc's "Super Sharp Shooter". Their popularity peaked in 1996 with the release of their first album, Still Smokin' , a label compilation released jointly by Ganja and Pascal's Frontline imprint. Re-released in 1997, its success also led to a major label deal with BMG's Parousia sub-label and the establishment of True Playaz, an MC-led deejay and production unit also including DJ Zinc, Pascal and Rude Bwoy Monty. Hype's 1997 Parousia EP, New Frontiers, with Ganja Kru, reached No. 56 in the UK Albums Chart.

Hype is known for his jump-up deejay sets, including appearances at the Playaz night at Fabric.

DJ RAP has been the undisputed queen of the turntables and the number one female DJ in the world, simultaneously a label owner, producer, and recording artist. She has been a prime mover, the prime female mover in fact, not only on the drum & bass scene but panning many genres. LEARNING CURVE was released on Sony in the UK and on Columbia Records in the USA. ROLLING STONE Magazine gave Learning Curve three and a half stars claiming, "this is the record Madonna wanted to make." With total sales of over 2,000,000 worldwide including her successful compilation sales including JOURNEYS BY DJ, PROPA CLASSICS VOL. 1 & 2, BRAVE NEW WORLD, TOUCHING BASS, BULLETPROOF, and UP ALL NIGHT, which have all crossed many genres and has become DJ RAP's trademark. She has many seminal dance classics to her credit, with 75 mix compilations, 7 albums, and upwards of 198 releases on her own drum & bass imprint, PROPER TALENT not to mention gold, platinum records as a songwriter for other major artists.

Impropa Talent the sister label to Propa Talent has now become a regular on the I tunes & Beatport charts with its Tech house imprint, proving there are no limits for this 'Jedi' in the studio or her artistes.

We saw DJRap starring in the hit show 'Master of the mix" on BET and is wooing audiences stateside after completing a worldwide tour of Asia, as well as launching her Los Angeles residency 'Propa Nights' and wrapping up her first movie "Isolation' due out 2012. Watch on www.djrap.com for all tour and tv information as well as the latest releases.