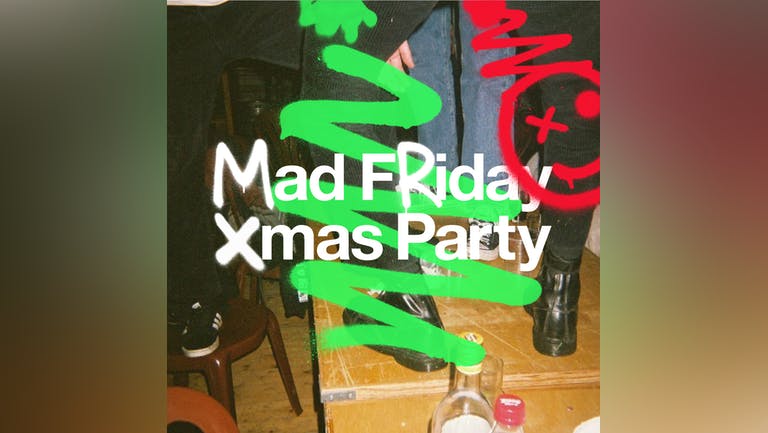 Forget Black Friday — there are no fake discounts here or Americans getting feral over new TVs. Instead, Mad Friday marks the start of Britain’s Christmas party season proper, which is why we're hosting the session to end all sessions on 16th December.

Running 6:30PM to 11PM, and hosted by Mrs Claus — our immersive Christmas show has some of Manchester’s leading creatives and cultural practitioners at its core, with state of the art visuals and effects set to be in play for the duration of the night, helping add a little magic to proceedings.

A packed music programme has been put together, too, with Manchester’s critically acclaimed contemporary Ceeow bringing the full GreensKeepers band experience to Love Factory. Their exclusive live performance will see familiar and not-so-familiar winter anthems deconstructed, rebuilt and worked into fresh festive funk. Setting an example for Christmas songs without the cheese, it’s guaranteed to be a memorable set.

Elsewhere, DJs will take to the Love Factory booth, with some of the city’s most esteemed tastemakers primed to deliver a soundtrack that perfectly marries fun with forward-thinking. Those who prefer a little silliness with their seasonal soirees are still well catered for, though, with private Karaoke Suites available on the mezzanine level. Bookable for groups between 10 and 30 people, whether you’re a vocal talent or not, there’s no better spot to take in all the action on the dance floor and bars below.

All of which brings us neatly to the booze. Suffice to say, there’ll be plenty of it - with a Happy Power Hour between 7PM - 8PM, of cut price drinks on offer. That means pints and Prosecco at £2.50, and shots at £1. We’ve not forgotten the food, either, with vendors including the impeccably stuffed Pies by Ate Days A Week, where — among other things — you’ll find Pulled Turkey, Sausage Stuffing and Pig-In-Blanket nestled under the crust.