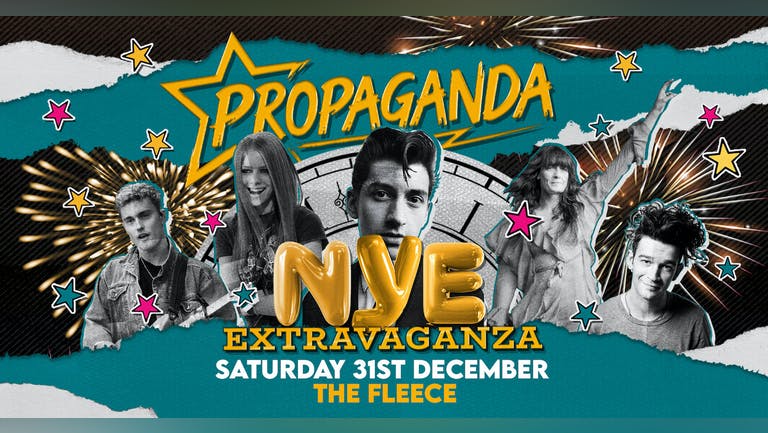 Are you ready for a NYE party like no other with Propaganda at The Fleece?!

Who wants to ring in the new year with the sound of Arctic Monkeys, Avril Lavigne and Sam Fender?

Who wants their new years toasts to be soundtracked by The Killers, Paramore and Yungblud?

And to my indie hipsters, who just wanna dance the night away to Tame Impala, Pale Waves, and Jungle while nursing a craft ale?!


Basically, where's the New Years Eve Party where you can wear your skinny jeans..... expect bangers after bangers of the best new and classic indie music with a pinch of pop-punk for good measure!

Now listen up rockstars, this will sell out fast, so grab your advance ticket NOW to make sure you ring in 2023 the right way!