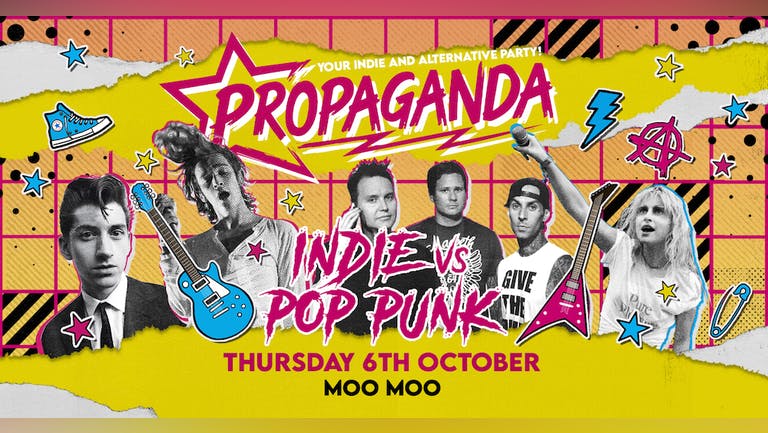 Indie VS Pop Punk! 1975 VS Paramore, The Killers VS Fall Out Boy, join us as these giants and more go head-to-head at our HUGE party this Friday!

Expect every singalong anthem from The Killers, Arctic Monkeys, The 1975, Tame Impala, Pale Waves and many more. But Props, I wanna wear my skinny jeans and chequered Vans?!! Never fear my pop punk friend, we've got plenty of My Chemical Romance, Paramore, and Fall Out Boy just for you.