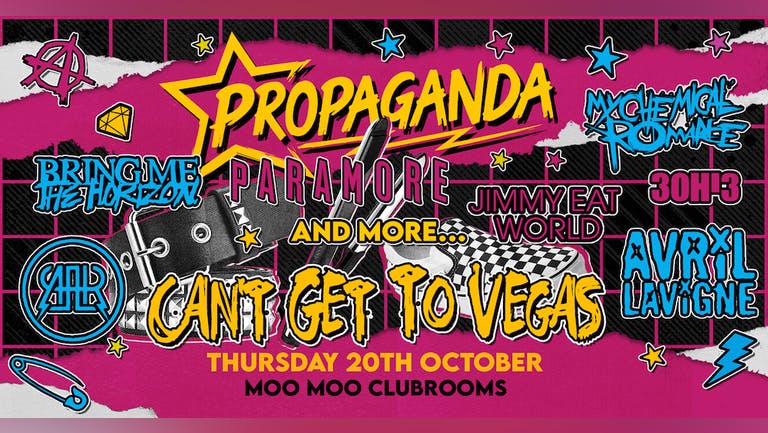 OMG did you see that festival line up!? Are the studded belts, chequered Vans, and MySpace days calling to you? But you can't get to Vegas?
We got you boo.
Get ready for our biggest emo night yet, so straighten that fringe, slide into those skinnies, and grab the eyeliner as we play non-stop bangers from:
My Chemical Romance
Paramore
Bring Me The Horizon
Avril Lavigne
A Day To Remember
Mayday Parade
30H!3
Jimmy Eat World
Hawthorne Heights
And many more....