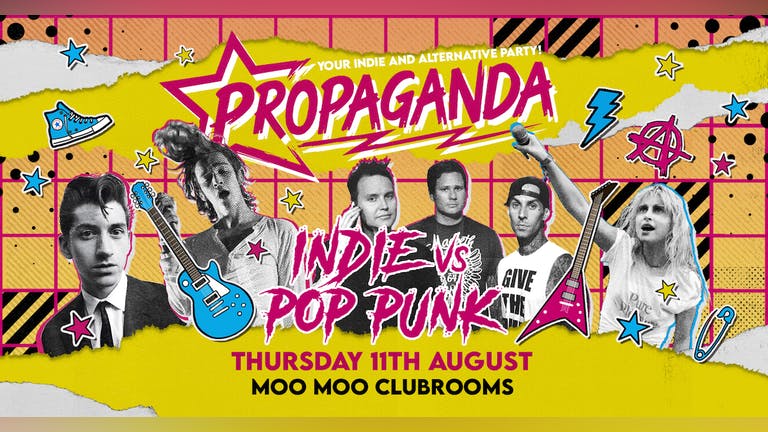 Indie VS Pop Punk! 1975 VS Paramore, The Killers VS Fall Out Boy, join us as these giants and more go head-to-head at our HUGE party!