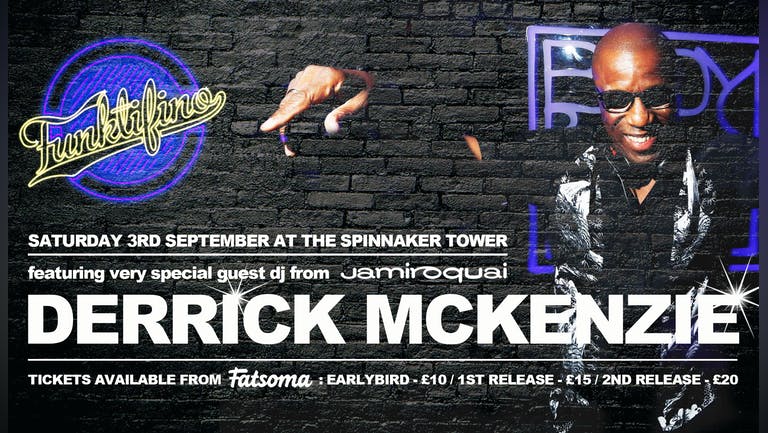 FOR THE PARTY IN SKY!!

Derrick McKenzie started drumming professionally in the early 1980s, for bands such as , Candyland and Urban Species. In 1994 he joined the band Jamiroquai during their second album ‘Return of the Space Cowboy’ and the rest is history!

Since joining Jamiroquai, Derrick has written and played on nine albums and completed six sold-out world tours, becoming an awarding-winning drummer and songwriter, with a collection of awards including an Ivor Novello award, a Grammy and numerous accolades from MTV, BMI, MOBO and the Billboard Music Awards.

Also, as well as being a well-accomplished Drummer, Derrick is also becoming a well-established DJ, having started working professionally in 2004, after DJing for Jamiroquai aftershow parties in bars and clubs.

Having worked with Deedylicious Oded Nir and the iCulture production team, Derrick has also worked with some great DJ producers such as Roger Sanchez, Steve Mac, Richard Earnshaw, Miguel Migs and looks forward to future music as both a Drummer and DJ.