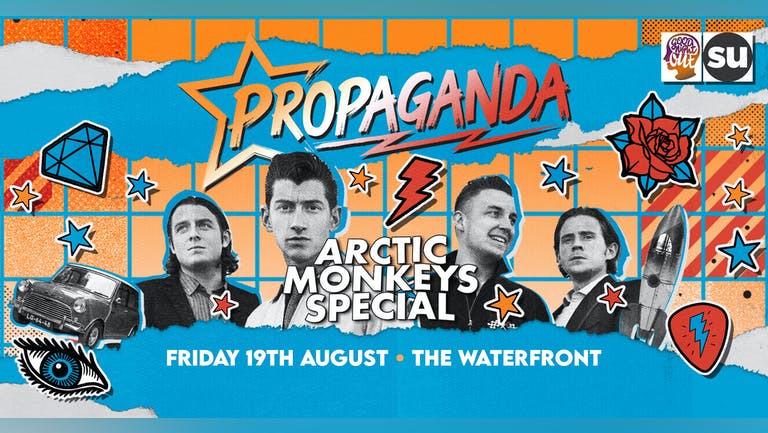 They say when the sun goes down the only place to be is at Propaganda! So come dance like a robot from 1984! Propaganda will be spinning anthem after anthem from the Arctic Monkeys repertoire so slip on those dancing shoes and join us at the biggest party in town...