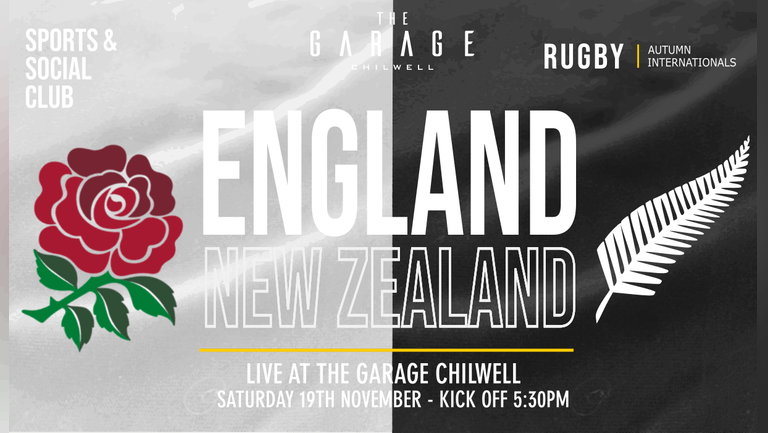 One of the great rivalries in international rugby, grab your seats for one of the biggest games at this years' Autumn Nations Series.

Having not met since 2019, in England's famous World Cup semi-final victory, England look set for a mammoth task as they take on the All Blacks at Twickenham.

We're thrilled to be welcoming back former Leicester Tigers, England and Lions legend George Chuter to host his second Sports & Social Club, The Garage's exclusive sports fanzone experience. Joining him is two-time European Cup winner and England Winger Leon Lloyd, who spent an amazing 11 years at Leicester Tigers between 1996 and 2007.

A real treat for rugby fans, come and rub shoulders with these two greats of the game, as they answer your questions and share their stories of what it's like to be an international rugby player during this gruelling annual tournament, and life after a professional rugby career.

Afterwards, settle in to watch England vs New Zealand on our huge 5m wide screen. Accompanied by a thumping surround sound system, street food and your favourite local craft beers, there's no better place to watch rugby this Autumn!