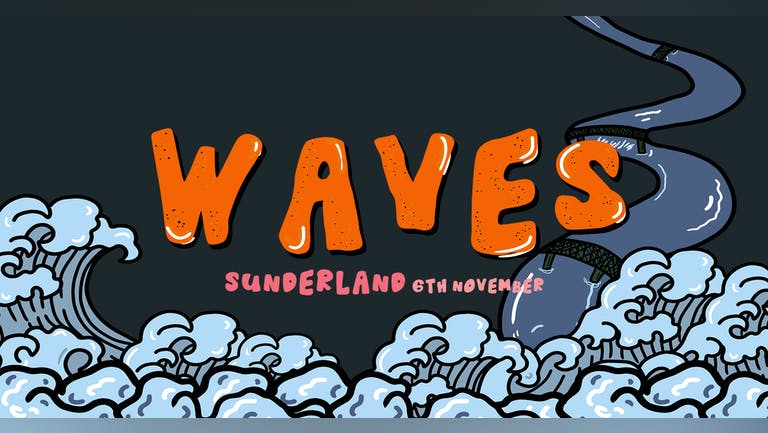 Age restrictions: All ages with an adult

Sunderland’s all new multi-venue music festival. Waves will see artists from across the region perform on Saturday 6th November across five different venues in the city, including The Peacock, Independent, The Ship Isis, The Bunker and Live Lounge. Celebrating the region's most exciting musical talent, the Waves artist line up collates artists from across the spectrum of popular music genres including the hard hitting indie-pop of Club Paradise, the quick witted bars of Philth Like and the pop-punk bangers of bigfatbig. Ten artists have already been announced with many more to be added. Artist line ups have been curated by the teams at Independent, Dent Records and Young Musicians Project. The day will be rounded off with an after party featuring set from DJ Elliot Adamson at Independent from 11pm, free entry for all Waves ticket holders.

Venues: Independent, The Peacock, The Ship Isis, The Bunker and Live Lounge.

Ticket admits one person to all five venues however entry to each venue is on a first come first served basis, once venue capacity is reached a one-in one-out system will be operated.