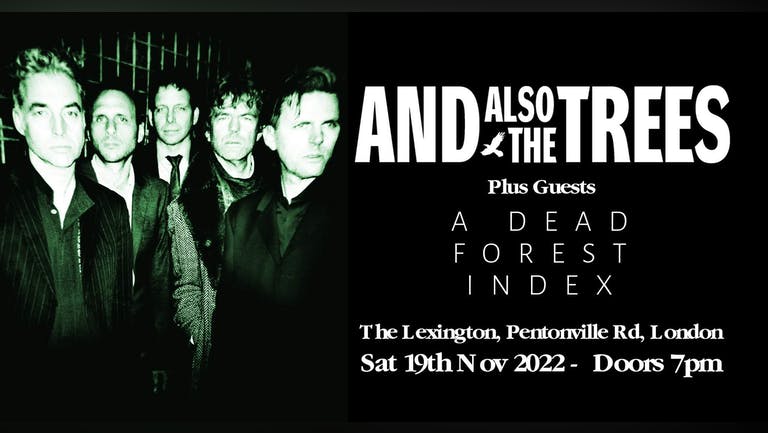 AND ALSO THE TREES + A Dead Forest Index

And Also the Tress

AND ALSO THE TREES + A Dead Forest Index

And Also The Trees' formed in 1980 in rural Worcestershire, England, an environment that has provided a constant source of inspiration.They are known for their captivating live performances, their unique style of mandolin like electric guitar, poetic lyrics, dark jazz rhythms and their carefully preserved independence.In their early years they caught the attention of Robert Smith who invited them to tour with The Cure on several occasions and he, along with Lol Tolhurst oversaw and produced their early ‘post-punk’ recordings.Since then they have been in continuous existence releasing thirteen studio albums, touring frequently in most European countries and visiting America and Japan where they have a cult following.They have recently re-issued what is perhaps their best known 1986 LP ‘Virus Meadow’ and will release a new album in September 2022.