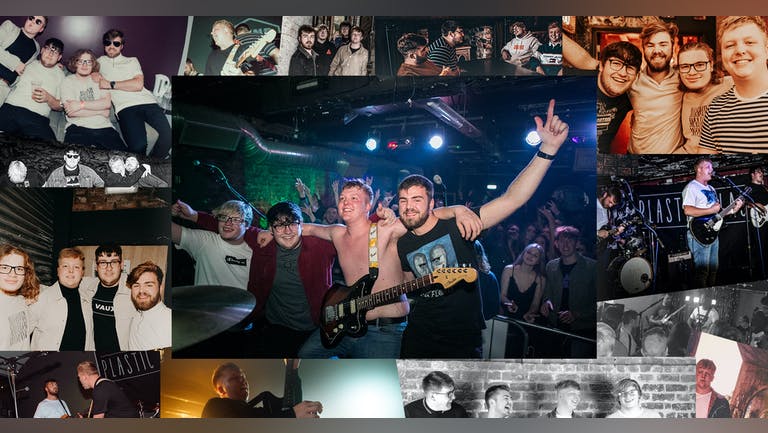 Age restrictions: 18+ / All ages with an adult
INDEPENDENT - SUNDERLAND
2588 Followers

Plastic Glass blend punchy, riff-heavy indie rock with anthemic pop choruses to create their own unique sound, taking influences from a range of artists across the pop/rock world. After receiving support on their previous releases from the likes of Tom Robinson (BBC 6 Music), Clint Boon (XS Manchester) and BBC Introducing. The band have announced that after four years together this will be their final show and will celebrate playing all their tracks for one last big party.