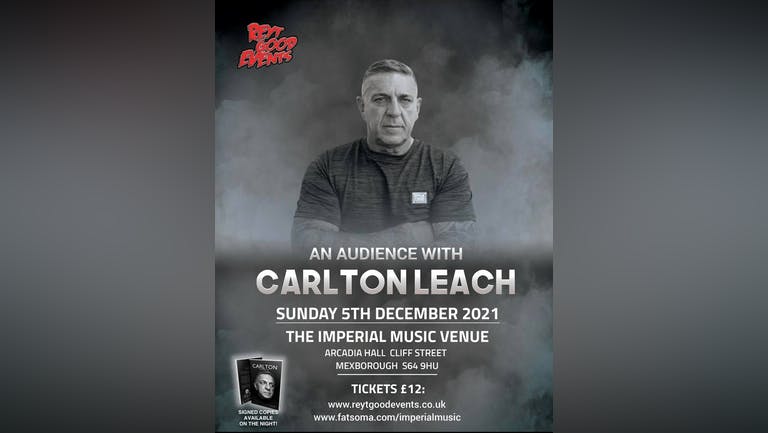 Rise of the Footsoldier - An Audience With Carlton Leach

Rise of the Footsoldier - An Audience With Carlton Leach

The shocking and violent movie Rise of the footsoldier was about Carlton Leach's rise from football hooligan and notourious london bouncer, to feared criminal and underworld enforcer. But since Carlton Leach's 2003 autobiography and subsequent cult classic movie, what do we really know?

For Carlton, its time to address the lies, the false claims and the rumours. Sieze this oppurtunity to hear the final word of Carlton Leach, in person, during his highly limited UK tour, which he says is likely to be his last.