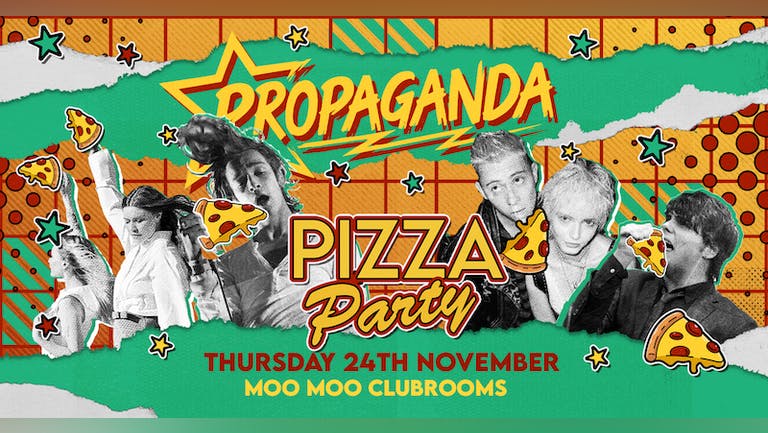 Did someone say pizza AND indie bangers?? The cheesiest, tomatoiest party soundtracked by non-stop anthems from Paramore, Panic! At The Disco, My Chemical Romance, Avril Lavigne, and many more!

The only way to guarantee yourself a slice of the action is with an advance ticket, grab yours now!