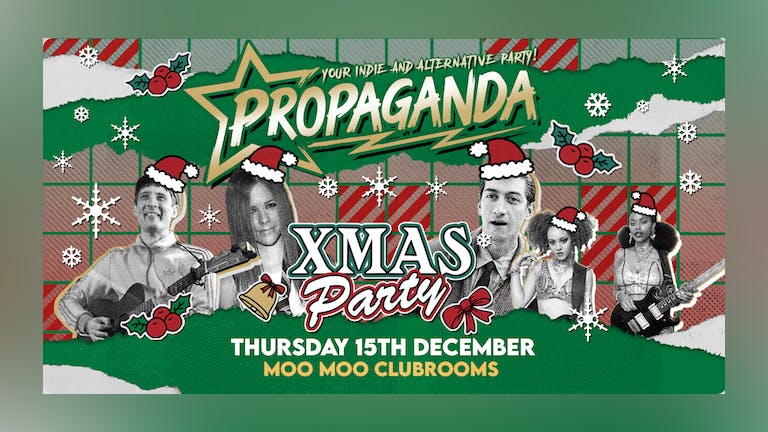 Get ready to jingle bell ROCK at Propaganda's legendary Christmas Party! 🤘🎄 Whether you’re naughty or nice, join us at MooMoo Clubrooms to sing along to all the classic Christmas tunes mixed with our signature indie, alternative anthems!