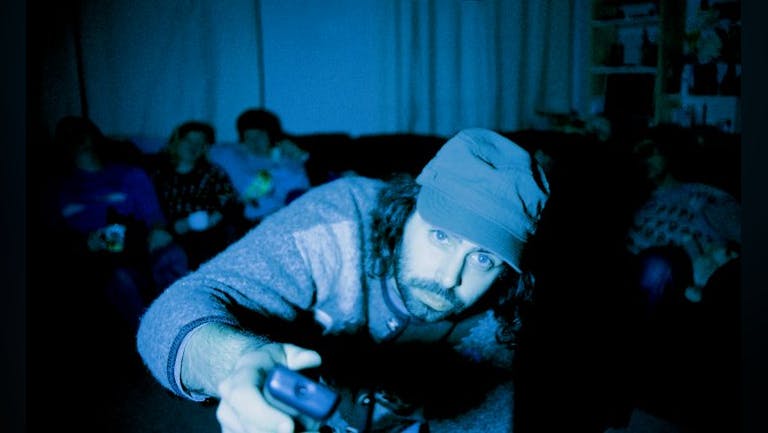 THE BOY FROM THE SOUTH

Misty's Big Adventure are an eight piece band from Birmingham led by Grandmaster Gareth. They are not like the other groups. Their music is a joyous mix of pop, ska, jazz, indie, psychedelia, folk, punk, lounge etc. They do not kowtow to fashion and the music industrial estate. They are like if Abba had been weird. They do not have a good looking frontman.

John Peel called Grandmaster Gareth "The New God". Noddy Holder, Gruff Rhys and Sir Patrick Moore have made guest appearances on their recordings. They have performed all over the UK, Germany, France, Holland, Poland and Lithuania. They have toured with The Zutons, The Magic Numbers, The Guillemots, Jeff Lewis, Kimya Dawson, Dan Le Sac vs Scroobius Pip, Dodgy, The Bluetones and 50 Foot Wave.

They formed in 1996. Dave Gorman is a big fan and asked the band to write the music for his BBC2 show 'Genius'. They plough their own furrow and other music journalist cliches. Grandmaster Gareth has collaborated with Broadcast, Pram, Jeff Lewis, Kimya Dawson and appeared as a special guest for The Zutons on the Pyramid Stage at Glastonbury 2005. Then he went home.

They have played many festivals including Bestival, End Of The Road, Green Man and Get Loaded. Music biographies are boring. The NME called their fourth album 'Television's People' "a masterpiece". The NME called their single 'Hey Man!' "a bobbing turd in the toilet of music". Q gave their last album 'The Family Amusement Centre' a 4 star review. They are soon to be releasing a best of/introduction and a brand new album entitled 'The Brain Cupboard'.