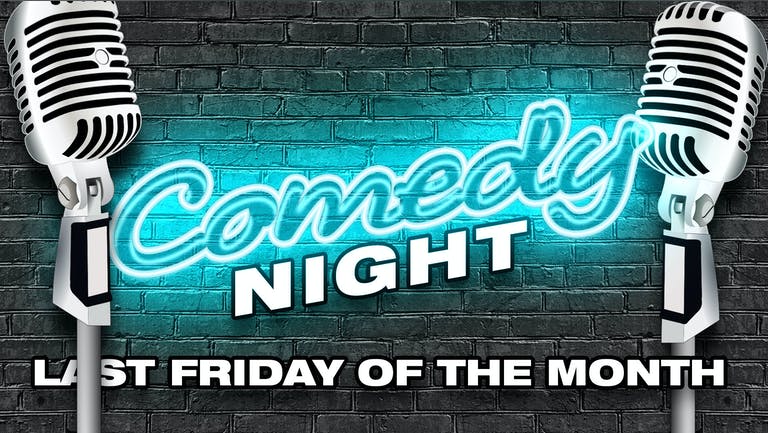 Come to River Studios to watch these following talented comedians!

MARK SIMMONS - A master of One Liners who has appeared on BBC’s Mock The Week and has been tour support for Rob Brydon, Seann Walsh and Rob Beckett.“Absolutely Hilarious” The Scotsman“Master of one liners” one4review

ANDREW WHITE - Andrew performs all over the country at various clubs, festivals, and corporate events throughout the year. Most notably, he's taken three successful shows to the famous Edinburgh Fringe, and will be returning for 2022 with his new hour.“Definitely one to watch!” - Joe Lycett

VICK DELIRIOUS - Vicki is frequently seen MC-ing at many conventions around the UK and is also a hilarious stand up comedian in her own right!“Vicki will make you delirious with her quick wit and powerful stage presence. Her material is relatable and guaranteed to pull you into her hilarious world” - BIGHOUSE Entertainment

BEN HARRINGTON - Guaranteed to make you laugh! “Took a really tough crowd and turned them all in to his best mates! Absolutely hilarious stuff!”

DAVID WILDER - Dave Wilder is a one-liner comic who is regularly gigging around the South-East and converting all audiences into fans!

”Dave has a ton of great jokes. Big laughs with sound delivery. A cracking act for any comedy room'' - West End New Act Of The Year

MARTIN POTTS - Martin is a Sussex based comedian who is currently through to the next round of South Coast Comedian Of The Year 2022 and has performed for the Stand Up Club in London’s Piccadilly and Hot Water Comedy Club in Liverpool.“Martin Potts's Energy Is Joyous And Infectious!” - Tim Renkow