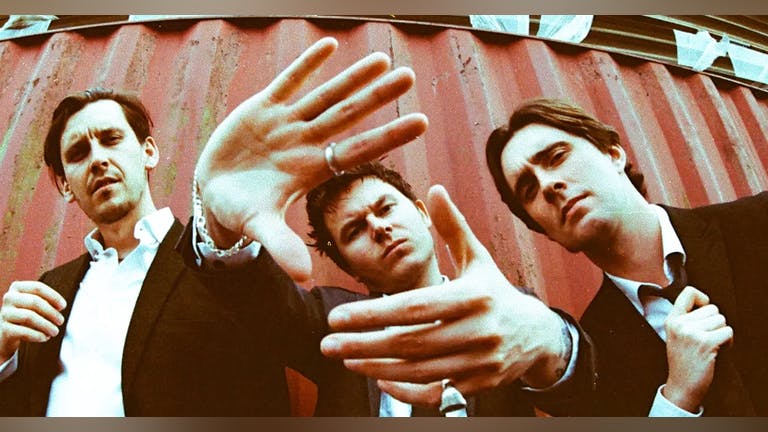 Age restrictions: All ages (U18s must be accompanied by an adult)
INDEPENDENT - SUNDERLAND
2603 Followers

False Heads are an east London-based three-piece rock/punk band consisting of Luke Griffiths (Vocals/Guitar), Jake Elliott (Bass) and Barney Nash (Drums/Vocals). With over 1 million streams on Spotify and over 500K on Apple Music and plaudits aplenty right in the middle of a global pandemic. Think QOTSA and The Pixies with a bit of The Ramones thrown in for good measure.

"Unapologetically chaotic...False Heads have really hit the nail on the head with this one" - CLASH [8/10]

A young and exciting band from Teesside in Northeast England, Gone Tomorrow composed of college students and mutual friends came together just before the pandemic struck. The band are going from strength to strength, after the first single release from their forthcoming album. “Barcelona and “Abyss” have both been accepted by BBC Introducing in Newcastle and Tees. The bands style has been described as a unique blend of raw garage rock inspired Indie with added atmospheric synth elements. Passionate vocals and a thunderous rhythm section make the band a real force to be reckoned with in the live music environment. The band has a unique energy and sound and inspiration from many bands including The Arctic Monkeys, Kasabian, Muse, The 1975 and Catfish and The Bottlemen can be heard across the bands growing portfolio of sounds.