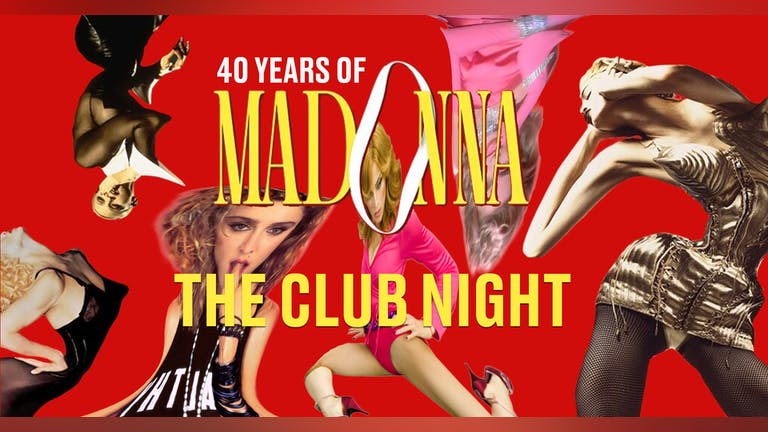 In 1983 the music Industry changed forever when Sire Records released an album from a little known Michigan born singer called Madonna Louise Ciccone...or as we know her, Madonna!

Her 41 year career in music has seen her release 14 studio albums and over 100 singles, 63 of which were top 10's and 13 number 1's. Her work in fashion, music and for charity has made her adored by millions and has earned her the title of the undisputed Queen Of Pop!

Her singles include - Like A Virgin, Papa Don't Preach, Vogue, Frozen, Like A Prayer, 4 Minutes, Into The Groove, Die Another Day...and this only scratches the surface.

Join us for a night of all Madonna, all night.

It's time to Get Into The Groove and feel Like A Virgin again!