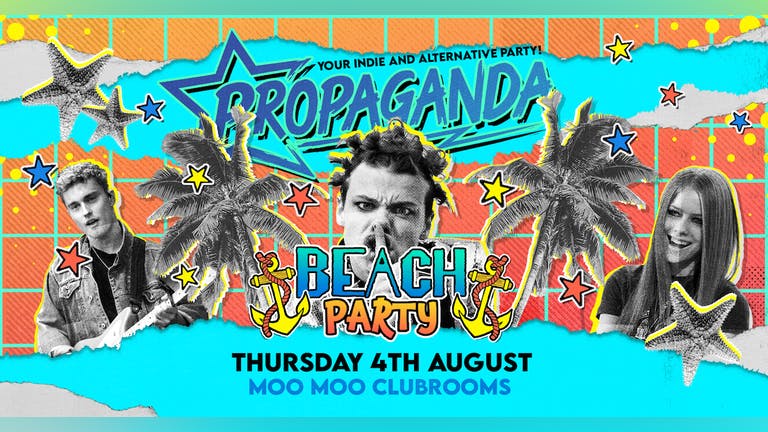 Life's a beach this Thursday at Propaganda! Expect beach ball madness, alongside all your favourite anthems across 2 floors, not forgetting Jo-bombs for only £1.50 all night!

Propaganda is the UK's biggest club night!
Expect an unrivalled audio-visual mix, with The 1975 to Sam Fender, Paramore to MCR, Arctic Monkeys to Avril Lavigne and much more!