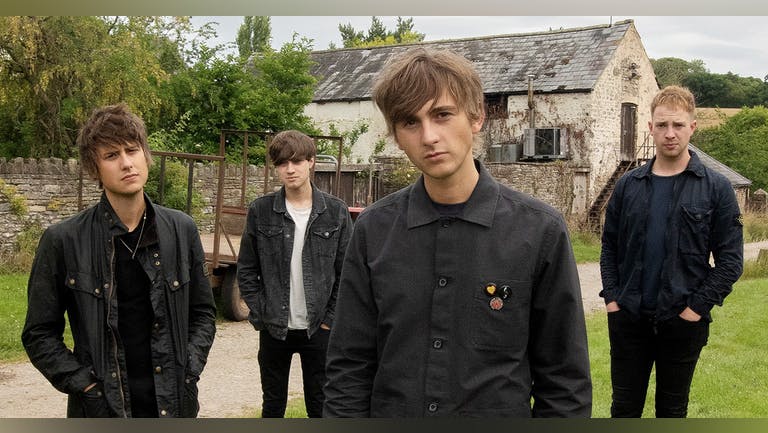 The Sherlocks released their second album ‘Under Your Sky’, October 4th on Infectious Music which charted at #20 inthe Official UK Charts. Their latest single ‘NYC (Sing It Loud)’ also charted on the same date at #1 in the Official Vinyl Charts. The Sherlocks have played numerous festivals this summer including the coveted secret sets at Reading & Leeds Festivals and also headlined Neighbourhood festival in Manchester alongside Miles Kane.

With their 2017 debut album ‘Live For The Moment’, Sheffield quartet The Sherlocks established themselves as key
contenders in a new wave of British bands keeping alt-rock and indie vital for a new generation of fans. The album fired
into the charts at #6 as the band inspired devotion wherever they went, from shows with Liam Gallagher, an
international array of festival dates to rapturously received shows in Japan.

While ‘Live For The Moment’ remains a scintillating insight into the hedonism and heartbreak of youth, ‘Under Your
Sky’ finds frontman Kiaran Crook writing songs which bridge the exuberance of youth with the reflection and maturity
of young adulthood.