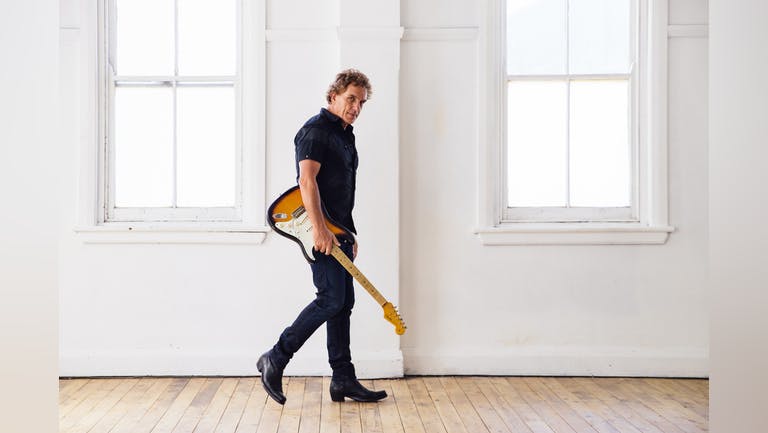 Respected as one of Australia’s iconic musicians, Ian Moss delivers an unforgettable sound – not only as a telling soloist on guitar but especially with his silken voice, ringing with clarity and resonating with pure soul. While primarily recognised as an axeman of tenacity and sweet melodic sensibility, Ian’s distinctive vocal is the essential signature of his soulful, bluesy muse – as it has been since his first tentative foray into music during the early 1970s.

Born and raised in Alice Springs, Ian started playing guitar in local teenage bands but moved to Adelaide after failing one of his high school years, planning to repeat in the big city. Fate intervened when he answered an advertisement for a guitarist in a shop window in 1973, joining the band that was to become a legend in Australia and that made such an undeniable impact that they are now etched in the Australian music psyche forever. That band was Cold Chisel.

Moss has released six incredible and dynamic studio albums – The #1 and multi-platinum, Matchbook, Worlds Away, Petrolhead, Let's all Get Together, Soul on West 53rd and the self-titled Ian Moss

2019 saw the 30th Anniversary of the iconic and landmark album Matchbook. The album was released on August 1, 1989 and peaked at #1 on the ARIA Albums Chart. It remained in the Top 10 for an amazing 14 weeks, shipping more than 200,000 copies in the first 12 months alone. The album went on to win Album of the Year, Best Male Artist and Breakthrough Artist – Album, Breakthrough Artist – Single and Song of the Year (shared with Don Walker) for ‘Tucker's Daughter’ at the ARIA Music Awards in 1990.

2023 is gearing up to be one of his busiest years ever as the world comes out of the pandemic which was largely spent working on new material.

“One of Australia’s best guitarists with a gorgeous, soulful voice.” - Sydney Morning Herald, May 2018

“He prefers to let his music do the talking, and when it’s this good you won’t hear any complaints. This is his finest solo album.” - Stack Magazine, 2018

“Soulful and supple of voice and a deft, romantic songwriter.” - Tim Rogers, You Am I