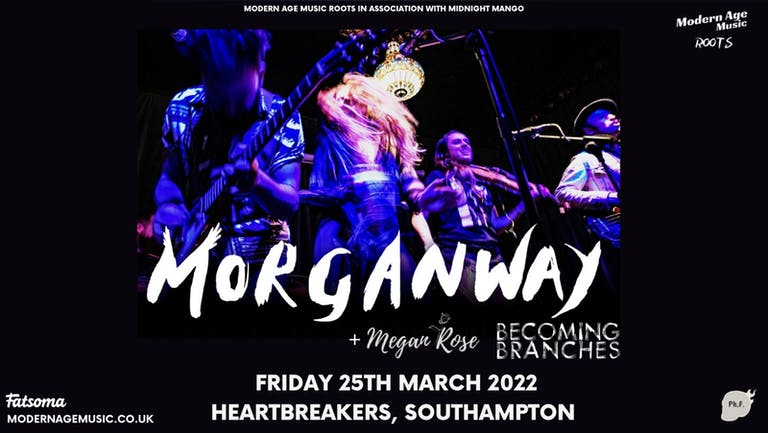 Megan Rose, who describes herself as a “Country Singer with an Urban Twist”, has been taking the UK, Australia and USA by storm over the last three years.

Megan Rose released her debut EP ‘Brave This’ in 2018 which rocketed to number 6 in the Apple Country Album Charts in less than 24 hours and secured her a slot at her first hometown festival “In The Park Festival” where she performed alongside the likes of Marc Almond and Heaven 17. Her success continued into late 2018 where she secured herself a support slot for “Get Cape Wear Cape Fly”. The success of her EP continued into 2019 when she landed two spots at the second largest Country Music Festival in the world- Tamworth Country Music Festival Australia in January 2019, performing on both the Toyota Fanzone Stage and The Regional Australia Bank Stage.

2019 continued to be a very successful year for Megan Rose; securing herself slots at the likes of ‘Village Green Festival’ a Festival headlined by Busted in her hometown of Leigh-On-Sea and supporting artists such as Holloway Road, Hannah Paris, and Youth Club.

Her two Single Releases in 2019- ‘19’ and ‘No Strings’ were another huge success amongst fans and landed her extensive support from a broadening fan base.

​Her final high to the year was performing at BBC INTRODUCING LIVE at Tobacco Docks in November 2019 on the Studio Square Stage. Megan Rose’ name was amongst many others such as Maisy Peters and JC Stewart to all but name a few..

​2020 was not shy of success for Megan Rose either, with a sold out headline show at The Prima Jazz Club in February 2020 with support from Country artist Scott Nicholls and her featured single ‘Pieces’ by The Untold Poet, hitting a whopping 10K views on Youtube. Megan’s latest Single release ‘Something New’ finalised another successful year landing her at Number 3 in the ITunes Country Chart.

Based in the New Forest in the south of England, Becoming Branches are a Country-Folk-
Pop trio blending acoustic sounds and soaring harmonies in an enchanting mix of creative

and heartfelt originals.
Having played together in various acts over the years; Jaz, Rob and Hannah formed
Becoming Branches in the summer of 2018. Initially starting out as a covers band
performing at private parties and weddings, the trio soon starting writing their own songs
and creating their own sound. These original songs were then taken out on the road, being
shared at open mics and showcases throughout the Dorset, Hampshire and Wiltshire area.
Released in March 2020, their self-titled debut EP was named the BBC Introducing Solent
Record of the Week and has gained further radio play both locally and online. Becoming
Branches have been getting wonderful reviews and are excited to keep sharing their music
with an ever growing fan base.