This event has already happened! Click here to see upcoming events from Cruz 101 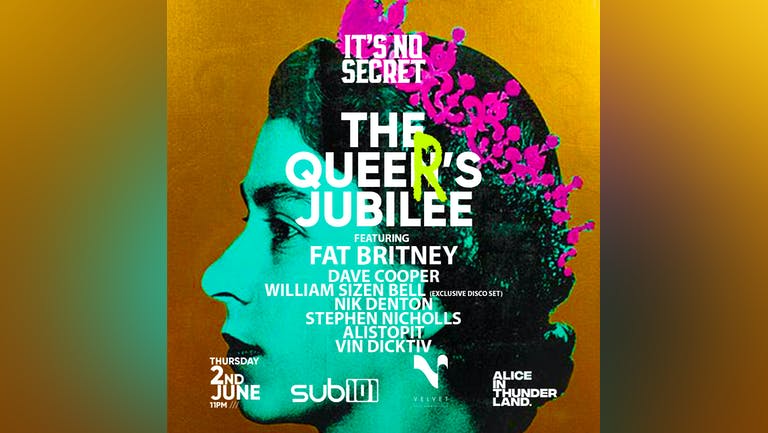 Alice In Thunderland proudly presents: It's No Secret 'The Queer's Jubilee'The secret's out - A new party is in town.

Fit for QUEERS, QUEENS and the EVERYTHING in-betweens. This - our It's No Secret' queer-super-disco launch party promises to be a treat for both your ears and eyes, as we break break down the door to Sub 101 Manchester - the backdrop to our tomfoolery for the night.

+ Stage shows throughout the night.

Dress Code: Fabulous or Fierce encouraged - or just come as you are.

PRE PARTY:  Join us at Velvet from 8PM with early doors disco with Stephen Nicholls

Become a follower 3069 followers
Join the rep team 3 reps
Tags
What's On The Club Nights in The
Fatsoma uses cookies to give you the best experience. View Privacy Policy