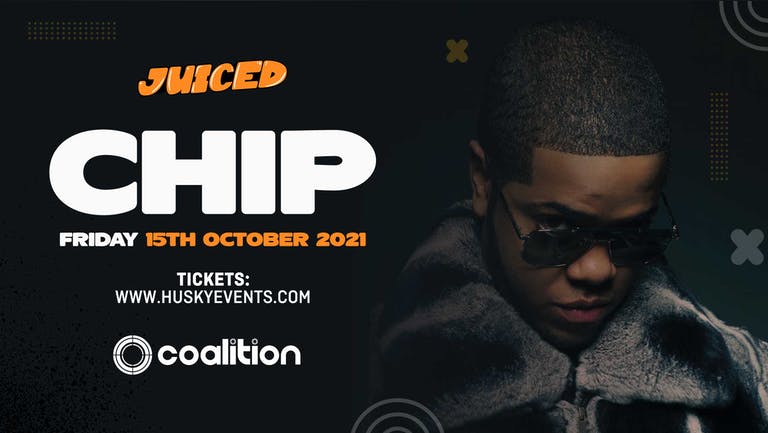 Brighton's BIGGEST Friday night has just got bigger as we are joined by one of the UK's most influential urban artists & songwriters ahead of his brand new 'Snakes & Ladders' UK Tour.

Formerly known as Chipmunk, Chip is arguably one of the most influential artists to have come from the UK's urban scene. Having won multiple MOBO Awards, as well as Urban Music Awards, he has collaborated with some of the biggest artists around including the likes of Chris Brown, Stormzy, Skepta + more

The home of locals and students alike, Juiced Fridays has delivered those #weekendvibes for over a decade! Committed to the ultimate weekend experience, expect incredible production and confetti & co2 shows, alongside some of the UK’s best resident DJs - week in, week out.
This is not a normal club night. This is Juiced.
——————————

Nestled on Brighton Seafront, our home is one of Brighton’s most famous nightclubs - Coalition! Known for raucous late night events and some of the biggest names in music, this is one of the city’s best loved venues.——————————

Our resident DJs keep the party going until very very late.
Spinning all the best tracks to get your weekend started, you can expect:
Chart / Indie / RnB / Hip Hop / Dance - Your ultimate weekend mashup.
——————————

Juiced Fridays
Every Friday
at Coalition