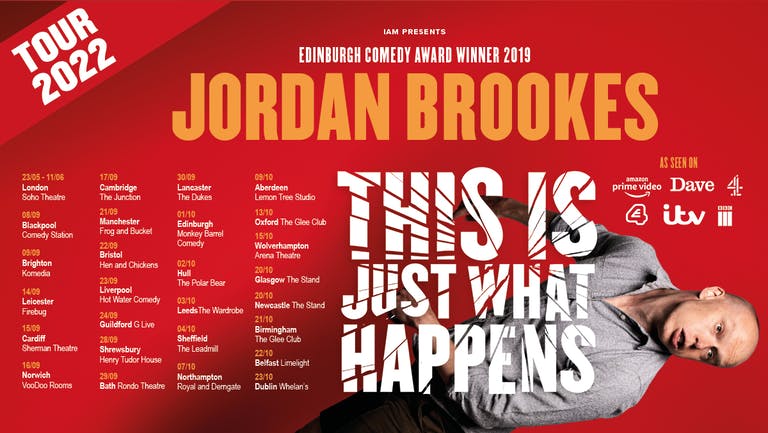 Jordan Brookes: This Is Just What Happens

Jordan Brookes: This Is Just What Happens

What do you do when the end of the world finally comes, and you realise it’s going to happen slowly and boringly? No sudden meteor strike. No thrilling zombie apocalypse. Just a gradual ebbing away of life as you knew it. Do you fight to fix things before it gets worse, dedicating your life to making the world around you better? Nah! You close your curtains, hunker down and fixate over something shitty someone said to you in 2019.

The longest reining Edinburgh Comedy Award Winner is back with a new show! As seen on Late Night Mash (Dave), Jonathan Ross’s Comedy Club (ITV), and his own stand up special coming soon to Amazon Prime

“He's happier than ever and raring to go” The Mirror

"masterful in his ability to hold the audience's attention” The Skinny *****