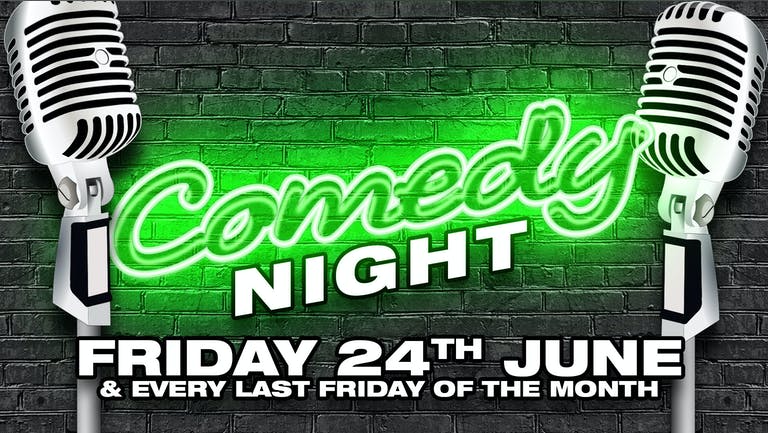 Come to River Studios to watch these following talented comedians!

Verona Rose - Verona is a comedy writer-performer best known for co-creating and starring in BBC3 comedy shorts Fully Blown. The shorts were nominated for a Broadcast Digital Award and are available to watch on BBC iPlayer. Verona stars in new reality show The Real Dirty Dancing on E4 hosted by Keith Lemon and Ashley Roberts. She also stars in the new season of Top Boy on Netflix and is in the writers room for the next series. Verona is the host of ITV2 dating show Secret Crush. Other TV appearances include Horrible Histories for the BBC, Dating No Filter for Sky, 8 out of 10 Cats and Celebrity Come Dine With Me for Channel 4, Pants on Fire for E4 & Sorry I Didn’t Know for ITV.

Marcus Tisson - Marcus is a hilarious stand up comedian and was Finalist in the 'South Coast Comedian of the year 2021’. He’s had numerous TV appearances and is a budding actor and is soon to appear in a film with Peter Andre. Marcus is also a legend on the comedy and music scene for his effervescent hosting and MC-ing where he puts on numerous sell out shows featuring TV stars and famous musicians. He's also a Mental Health advocate and hosts many events for his charity 'Don’t Suffer In Silence' among others.

Sam Fraser (BBC Weather) - Stand Up Weather Girl! You may best know Sam for presenting the weather on BBC South or for her shows on BBC Radio Solent. A talented television and radio presenter, Sam also perform stand up comedy and performed her one-woman show, 'Stand Up, Weather Girl!' at the Edinburgh Fringe in 2018. In the same year she was short listed for the Funny Women Writing Award.

Charlie Bateman - Charlie is a talented musician and stand up comedian. Whether he’s doing a set of his own material or MC-ing a gig and getting the crown onside with his warm and hilarious personality!

Shannon Sumfin - Shannon is a truly unique stand up comedian. She never does the same set twice and is a master at improvisation and crowd work. She also owns a pigeon called Wayne.

Nick Jones - Nick is poacher turned gamekeeper! A massive comedy fan who decided to give it a go on the other side of the mic in 2018. His debut appearance being a 'Gong Show’ in Southampton. Since then he has been lucky enough to appear with some top comedy names including Zoe Lyons, Simon Brodkin, Paul McCaffrey, Sean Collins, Shappi Khorsandi and Jeff Innocent amongst others. He was very lucky to be given an open spot at the prestigious Bearcat Comedy Club at the end of 2021. Don’t forget to bring your sunglasses as his shirts are a bit loud!