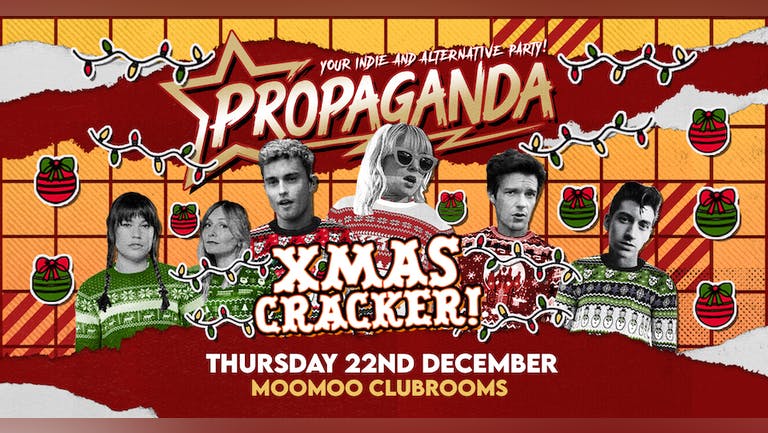 Join us at Propaganda's Christmas Cracker, the last chance to party before the big day. Get ready for some magical surprises, and all the Christmasy feels!