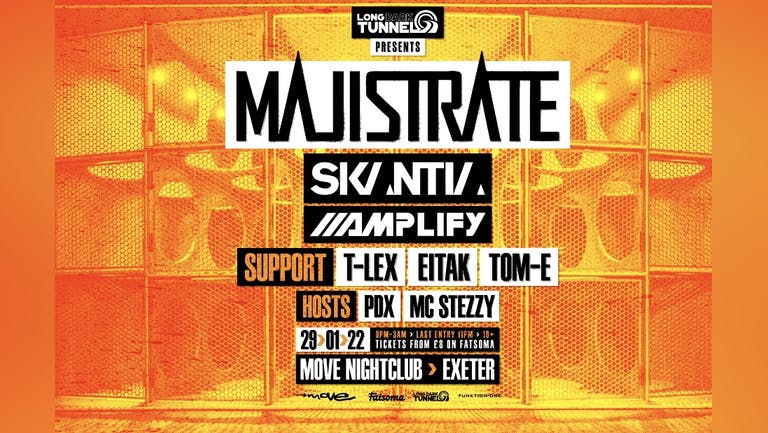 Long dark tunnel is super pleased to bring have put this lineup together.

Majistrate is of the most influential artists within Dnb he's been absolutely smashing it.head honcho of sweet tooth recordings

Skantia with being signed and with releases on Andy C's Ram records you know you're in for a treat this guy has dubs to die for !

Amplify Long dark tunnels very own resident who has hit the big time with his killer sets, tracks and own record label with releases on to many labels to mention and now nominated for best newcomer at the Dnb awards

T-Lex She's been making big waves in the scene right come and catch her, you won't be disappointed

Hosted by Pdx and Mc Stezzy