This event has already happened! Click here to see upcoming events from PlanB 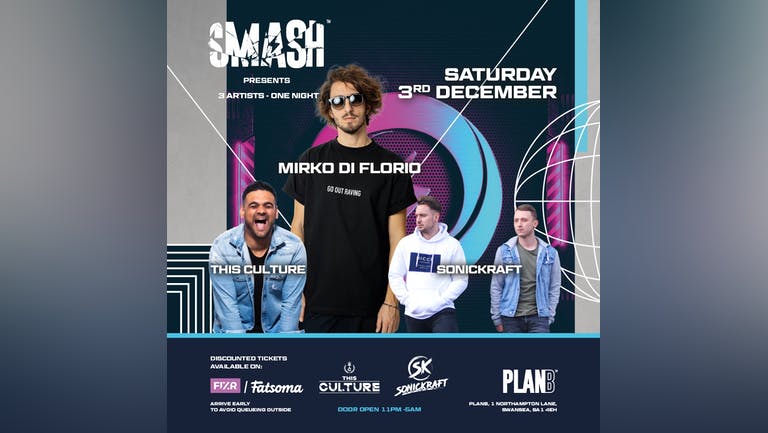 His first track and after some time he developed a collabortion with Matt Tolfrey.

People started to like his music so he started to have some gigs abroad, in 2015 two very good release are out on Roush and D-floor before his Ibiza Season

Fablu Meah also known as 'This Culture' has gained some serious respect from his peers and leaders of the house music scene in a very short period. In the last 12 months, his release schedule has ramped massively and looks set to continue into 2022, with releases on Stereo Hype, Armada, Stashed, Juicy, Casa Rosa, Escape Records and of course his own label SA1. This Culture has also begun to garner support from BBC Radio 1 and Kiss FM on his recent releases which considering 2 years ago no one knew who he was it's looking like people are sitting up and taking notice and adopting his unique way of producing music. Additionally, to this he also been fortunate enough to have been able to perform live DJ shows post pandemic at events like Escape in the Park Festival, Gisburn Pop Up Festival, Camden Crossfade Festival and South Wales #1 Tech House & Techno club events Control to name a few of the more notable events. With a return date at Escape in the Park already confirmed in 2022 he has also confirmed for new festival in South Wales called Innit Together alongside an AAA list line up it seems Wales in the new special friend for This Culture! Get cultured in 2022 because This Culture is here to stay!

With over 10 million streams, releases on Sony, Solotoko, Insomniac, Nervous & Perfect Havoc as well as collaborations with Sonny Fodera, Robbie Rivera & Vanilla Ace, Sonickraft being their Tech House sound to Plan B!