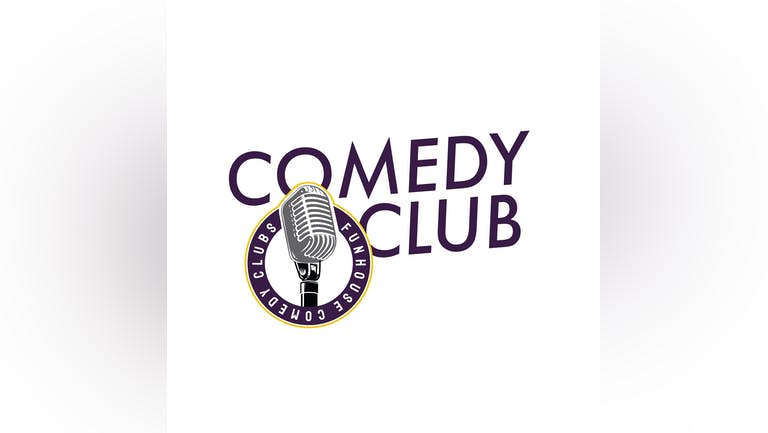 that has seen an epic 21st Century reimagination, Comedy – Live at The

Garage is the rapidly becoming the sell-out show you need to see.

"Fantastic...Should be a Star!" Dave Spikey (in his autobiography "Under the Microscope")

"A Comedy masterclass!" The Stage

"I nearly pushed my golden buzzer for you when I saw your audition because it's one of the funniest performances I've seen. I was totally wowed" David Walliams

"The act that reduced me to tears of joy and sadness and everything and had me in hysterics is you, Steve, I just love you" Alesha Dixon

"It absolutely killed me. It was an incredible act, I really, really enjoyed it" Ashley Banjo

Raul Kohli has fast become one of the most captivating acts on the circuit. As one of the few Asians to have grown up in the far north of England (Newcastle Upon Tyne, he’s been blessed with a Worldview that upends ethnicity, culture and class. Combining ‘superb political comedy’ (The Scotsman) with surreal storytelling, Raul Kohli is a recognized name in Comedy. His Edinburgh Fringe debut show Newcastle Brown Male was one of BBC Radio 4, The Huffington Post & the Skinny’s Top Picks of the Fringe 2016, while his most recent: All My Heroes Are Dead, in Jail or Touched Up Your Nan was nominated for Best Show at the Leicester Comedy Festival 2019. As well as several radio & TV appearances (Incl: BBC Radio 4, BBC Comedy Underground, RTV Netherlands & more), in 2019 Raul released his own comedy podcast about Hinduism on BBC Sounds (Comic Sanskrit 2019) and was a co-host on TalkRADIO’s Penny Smith’s Weekend Breakfast show through 2019. Raul is an award-winning comedian (NATYS 2017) and appears regularly at some of the biggest comedy clubs around the World (The Stand Edinburgh, Laugh Canvas India, Comedyhuis Netherlands). Raul also has a short yet ceremonious career in writing & acting, having wrote & starred in multiple RTS Award nominated sketches & short films as well as in 2021 appearing in a short role in The VAR room (Virgin Ireland 2021) and writing and starring in his own BBC Laugh Lesson: How We Ruined the Internet (2021).

Anthony has been a fixture on the U.K. comedy scene for over 30 years playing top U.K. Clubs, Theatres, Arts Centres and at Festivals. His unique dead-pan style was honed in the late 80's/early 90's in London before the circuit expanded to what it is today. At home with a quiet listening audience and the bustle of a rowdy club, with a set full of punchlines.

"It’s the one-liners that set him apart. Sparse, efficient, unexpected – and often with a delicious twinge of underlying nastiness – each one is an elegant example of perfect joke construction….” - chortle.co.uk