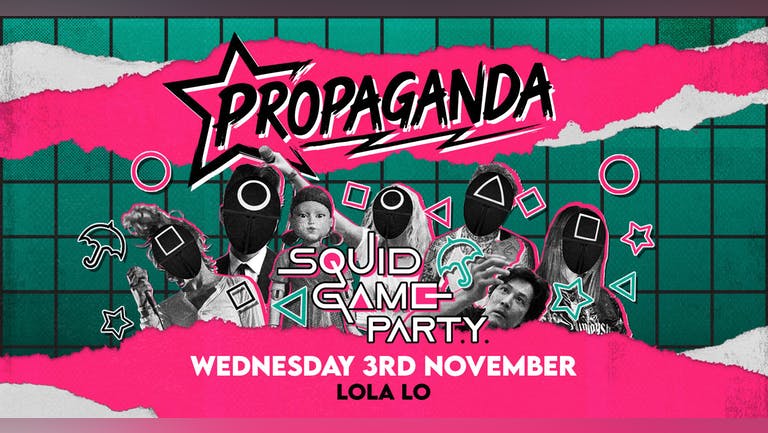 Join us this week as we celebrate everyone's new favourite series Squid Game!

Arrive dressed as a player or a solider for discounted entry!

On entry everyone will be given a card, do you dare participate in the game?

Beware of our Propaganda 'soldiers' and don't forget to listen out to the Frontman (DJ) for game instructions!