This event has already happened! Click here to see upcoming events from Age Against The Machine 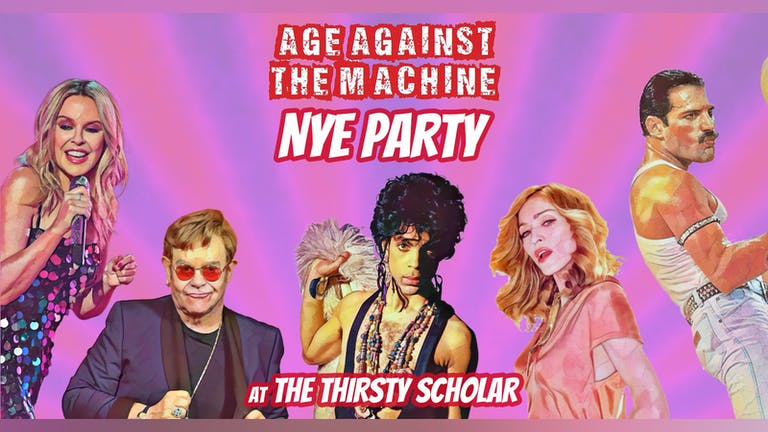 Join Age Against The Machine this New Year's Eve as we welcome in 2023 with our very own NYE party at The Thirsty Scholar, next-door to 229 at Great Portland Street.

There'll be balloons and confetti as we say good riddance to 2022 at the stroke of midnight.

As well as all the excitement of the countdown and new year, we'll be getting your ageing joints moving to the finest: pop, indie, rock, disco, Motown, rock ‘n’ roll, power ballads, soul, punk, ska, northern soul, funk and old skool hip-hop, taking in the 60s, 70s, 80, 90s and a tiny bit of 00s.

**As with  every Age Against The Machine event, this is strictly for over 30s only. Photo ID MUST be produced, even if you have purchased an advance ticket!