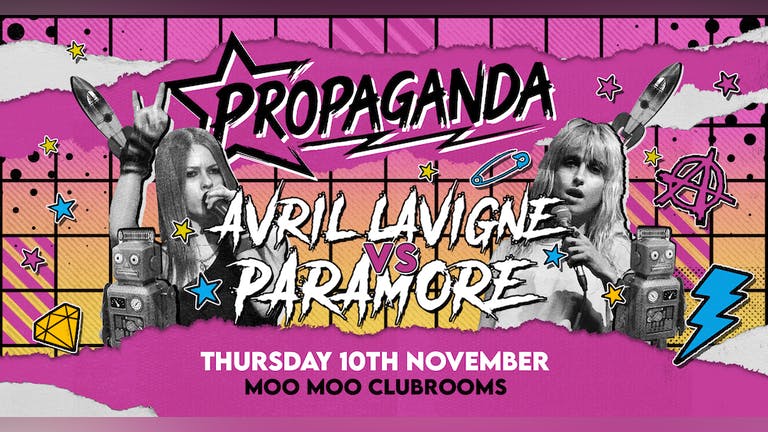 Since the dawn of studded belts and chequered Vans, two titans have been leading the charge in pop punk bangers, and tonight they go head-to-head... It's AVRIL LAVIGNE VS PARAMORE!
Non-stop anthems from these icons of rock all night long, we expect you to know every word!