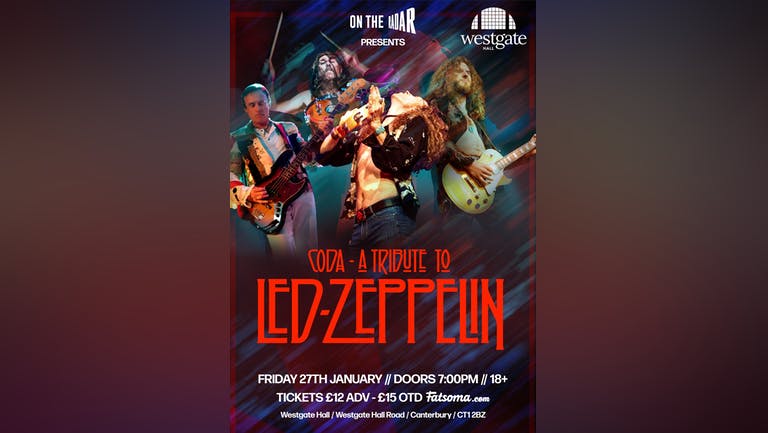 CODA - a Tribute to Led Zeppelin are Europe's most authentic and exciting Led Zeppelin tribute band, paying homage to the world's most influential and succesful rock band ever! This show features an incredible recreation of Led Zeppelin in their prime, featuring amazing replica costumes and instruments that will take you back in time to the early 70's.