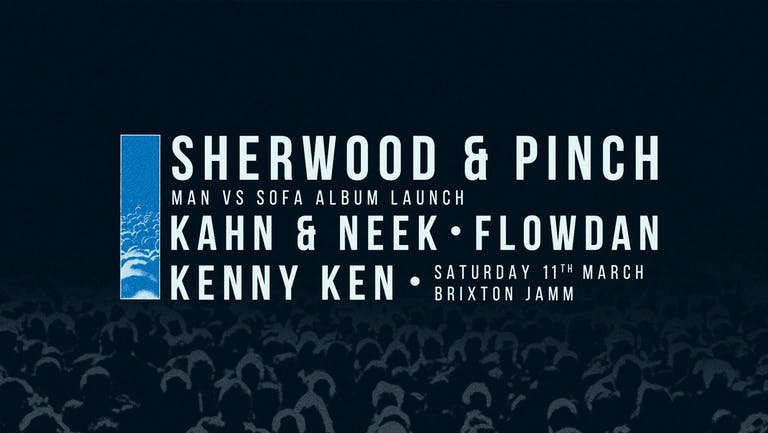 Rob Ellis is perhaps most well known for his work with PJ Harvey but also became revered as one of the most experimental producers in the game. As one of the earliest Dubstep stalwarts to expand outwards into techno and other sounds,  his work and his Tectonic label presented fresh takes on genres, as Dubstep itself went mainstream.

Together they will undoubtedly bring fire to their collaborative project Sherwood & Pinch, which has already gained notoriety thanks to their first album together 'Late Night Endless'. We hope you're as eager to hear their new music, as this will double up as a launch for their second album 'Man Vs. Sofa'.

Also on the bill Kahn & Neek are with us for a special performance...

Kahn & Neek have been two of the most notable artists to champion grime in recent years via their Bandulu label, so there's no better pairing than with a godfather of the genre - Flowdan of the Roll Deep collective.