This event has already happened! Click here to see upcoming events from UB40 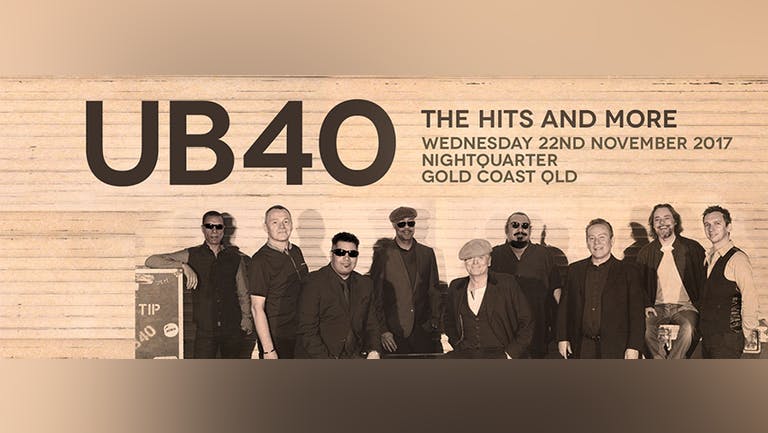 UB40 BRING THEIR HITS BACK DOWNUNDER IN 2017

The UK’s most successful reggae band, UB40, will land in Australia in November 2017 playing all the hits and more including ‘Red Red Wine’, ‘Can’t Help Falling In Love’, ‘Kingston Town’, ‘Here I Am’ and countless others.

Becoming a household name around the world throughout the 80s and 90s, UB40 (named after the UK’s unemployment benefit form) became known for reviving reggae across the world, filling the charts with their own songs and creating seminal versions of some of the world’s greatest tunes, crossing radio formats and continuing to dominate the airwaves to this day.

With over forty top 40 hits in their native Britain and sales of over 100 million records, the band are one of the biggest UK music acts of all time, and continue to record charting albums while touring across the world including regular trips to Australia where they have firmly found a place in the hearts of fans.

“Our Australian tour in 2015 was so much fun for us we were very keen to ensure we got back as soon as possible,” said founding member songwriter Robin Campbell. “Unfortunately, scheduling has meant that November next year is our next opportunity, so rather than keep fans guessing, we wanted to let everyone know now and start the anticipation for what we hope will be 2017s biggest reggae party!”

After nearly four decades of success including their hit singles, international stadium tours, festival headline slots and the dramatic replacement of long-time lead singer Ali Campbell with his brother Duncan Campbell in 2008, the band continue with their key founding members and songwriting core, staying true to and building on the legacy and ethos of the band.