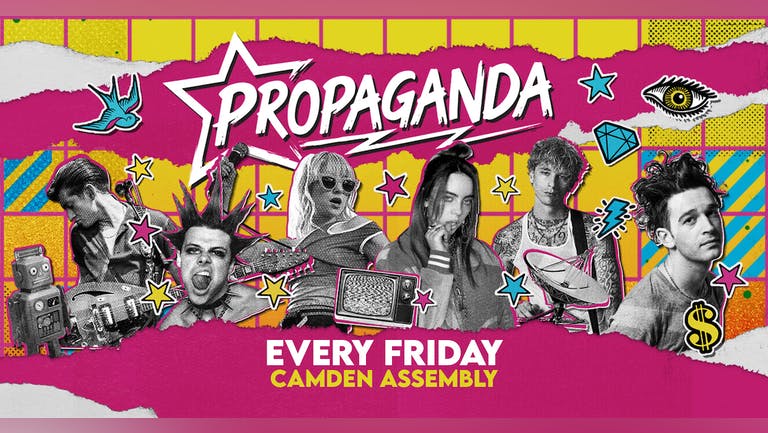 Propaganda is the UK's biggest club night!
Expect an unrivalled audio-visual mix, with Arctic Monkeys to The 1975, Paramore to The Killers, Billie Eilish to Tom Grennan and much more! All your favourite indie classics, rock anthems and pop punk in the upstairs room, with pop bangers downstairs!

See you on the dancefloor.