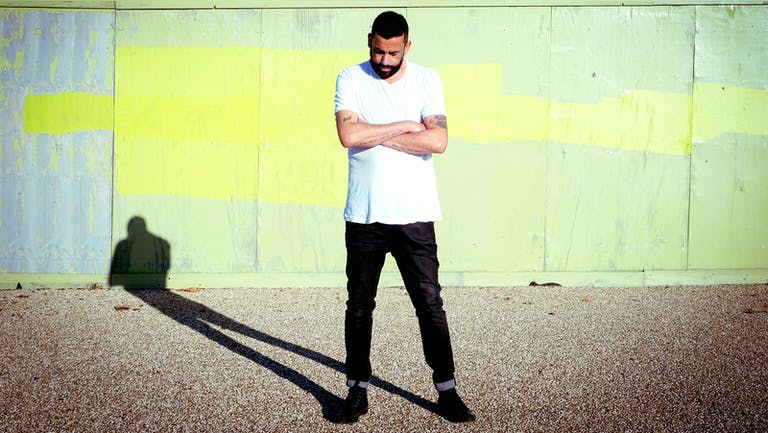 PUSH are back after a long break with an appearance by a DJ whose deep, hypnotic sound has always had a big influence on what we do: the former Peace Division member Clive Henry.

Clive is one of the most respected faces in the UK’s underground house music scene, having been one half of the genre-defining tech house outfit Peace Division and a long-term resident at Circoloco, one of the world's most (in)famous events based at Ibiza nightclub DC10.

After coming of age in London’s early acid house scene, Clive and his friend Rocky from X-Press 2 began hosting their own club nights in the emerging West London scene with guests such as Andrew Weatherall and David Holmes. It wasn’t long before Clive started playing at his own events, which led to bookings at other clubs, first in London and then across the UK.

Then in the late 1990s Clive launched the tech-house duo Peace Division with his production partner Justin Drake. Peace Division quickly evolved into a dominant force in the global tech-house scene, pioneering a deep, tribal sound best heard on classic tracks such as Body & Soul, Club Therapy and Blacklight Sleaze.

After discovering the legendary Circoloco party at DC10 In 2000, Clive became a regular feature at the club and then joined the roster in 2005. This residency brought him into contact with Crosstown Rebels frontman Damian Lazarus, who welcomed Clive into the legendary Crosstown family.

Before the 2019 season goes into top gear in Ibiza, Clive Henry will be calling past Hong Kong for a gig hosted by long-term electronic music promoters PUSH, where he will be supported by residents Frankie Lam & AKW, and special guest Darka.

- There is a 7% online booking fee charged per ticket sold.

- On purchasing the ticket you agree for your personal details to be provided to the venue for ticketing purposes on the door on the night of the event.

- On purchasing the ticket you agree to subscribe to the venues newsletter.

- This event is only permitted to those over the age of 18.