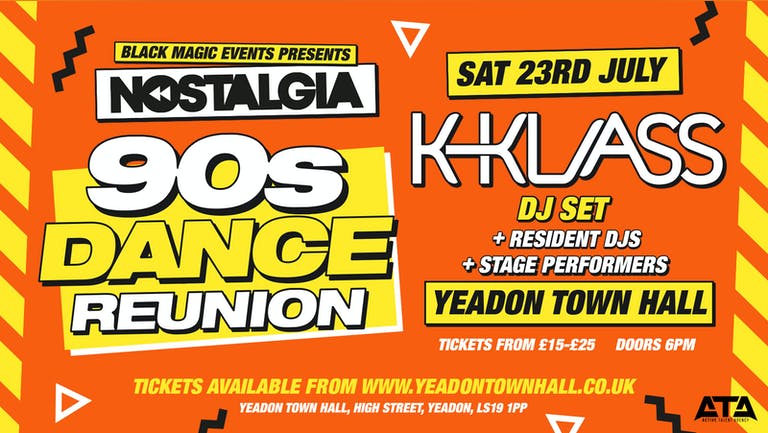 Nostalgia is BACK! And this time it's bigger & better! After our last sell out show we thought it's about time to release our next headline act event - with the legends that are K-Klass!

We are limiting tickets again so that everyone has space and seated table areas to party from, or hit the dancefloor, the choice is yours!


Performing on Saturday 23rd July - K-Klass are a British electronic music group that originally recorded in Wrexham, North Wales, and are based in Manchester, England. Its original members were Andy Williams, Carl Thomas, Russ Morgan and Paul Roberts.

In 1991, K-Klass signed with the label Deconstruction Records scoring 5 UK top 40 hits and later to Parlophone. In the mid-1990s, K-Klass were one of the busiest and most successful remix acts around, remixing the likes of Bobby Brown, Janet Jackson & Luther Vandross, New Order, Rihanna, The Corrs, Whitney Houston, winning the IDA remixers of the year in 1996 for their mix of Carleen Anderson “True Spirit” then getting a GRAMMY nomination in 2002 for their remix of Samantha Mumba “Baby Come On Over”.