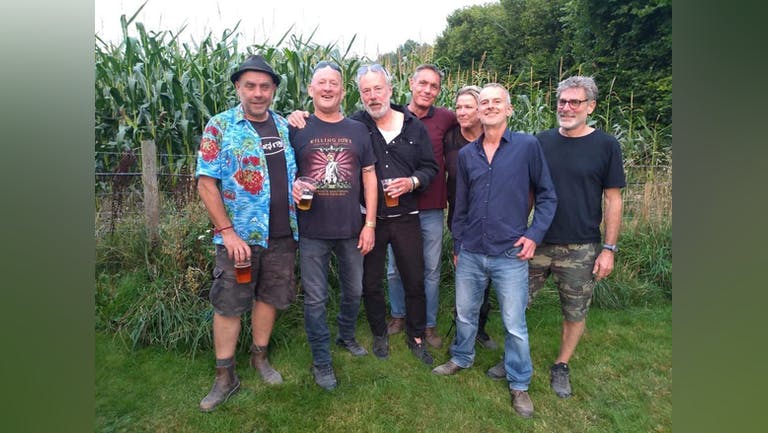 Age restrictions: 14+ (under 18's must be accompanied by a parent or guardian)

Stomping agricultural folk/punk hoedown band from the south coast of England. Formed in 1986 in Lymington, Hampshire, the band originally consisted of Roger Figgures ( guitar ), Shaun Morris ( vocals ), Mike Case ( bass ), Cob Cook RIP ( fiddle) and Bill Haley RIP ( drums ). Token northerner Marcus Stott ( banjo ) completed the line up the following year, and his brother Krish replaced Bill on drums in 1989.Over the next eight years, until the band eventually split in 1994, The Cropdusters embarked on a frenzied mission of relentless touring throughout the UK and Europe. The Dusters also recorded and released albums, EP's and 12" singles duringthis timespan.Fast forward to 2001, and the band reformed for a couple of shows in Holland before not playing again until 2007. Over the course of the next fouryears, the Dusters performed at occasional festivals and gigs before calling it a day once more, in 2011.The band decided to get back together again in 2021, to headline a festival in Dorset, England. The current line up is Roger Figgures ( guitar ), Shaun Morris ( vocals ), Mike Case ( bass ), Lamma Maund ( banjo ), Ffi Maund ( fiddle), Michael O'Sullivan ( drums ) and Jon Webb ( guitar/mandolin )

Support from The Acrustic Badger Band