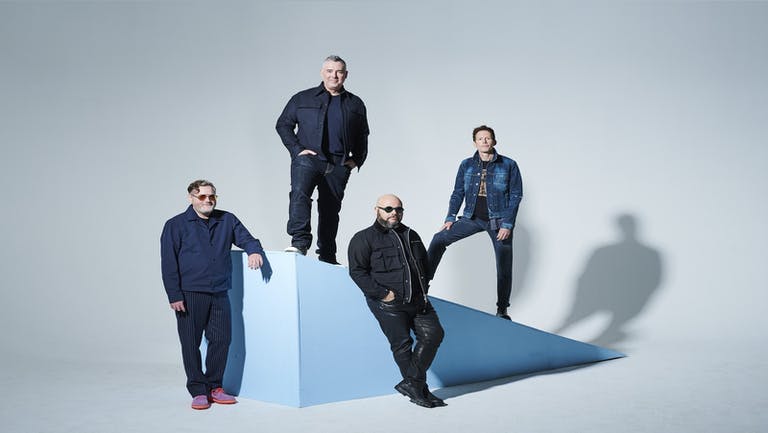 Age restrictions: Under 14's MUST be accompanied by an adult, 14+ Otherwise

* THIS SHOW HAS BEEN RESCHEDULED - ALL ORIGINAL TICKETS REMAIN VALID *

“With international travel still so unpredictable at this time, Barenaked Ladies have made the hard decision to reschedule the October 2021 UK tour to March 2022.

“We really can’t wait to get back to the UK and hope this makes it possible. We were able to keep all our shows, the only change being Portsmouth where unfortunately the Pyramid Centre closed so we’ll now be at the Guildhall” says Ed.

All tickets remain valid and refunds will be available at point of purchase”.

The Barenaked Ladies are a Canadian rock band formed in 1988 in Scarborough, Ontario. The band quickly developed a cult following in Canada, with their self-titled 1991 cassette becoming the first independent release ever to be certified gold in Canada. Their debut with Reprise Records, Gordon, featuring the singles "If I Had $1000000" and "Brian Wilson", was released in 1992.

The band's style has evolved greatly throughout their career, and their music which began as exclusively acoustic quickly grew to encompass a mixture of a wide array of styles including pop, rock, hip hop, rap, etc. They are most commonly billed as an "alt-rock" band.

The band is known for their live performances, highlighted by comedic banter and free-style rapping between songs. They have won multiple Juno Awards and have been nominated for two Grammy Awards. The group has sold over 15 million records, including albums and singles, and were inducted into the Canadian Music Hall of Fame in March 2018. "One Week" remains the band's most successful single..

For more info go to:

Under 14's MUST be accompanied by an adult, 14+ Otherwise

** There is only limited space for disabled / accessible viewing at Leeds Beckett SU so please email us on su-helpdesk@leedsbeckett.ac.uk before placing an order to check on availability **