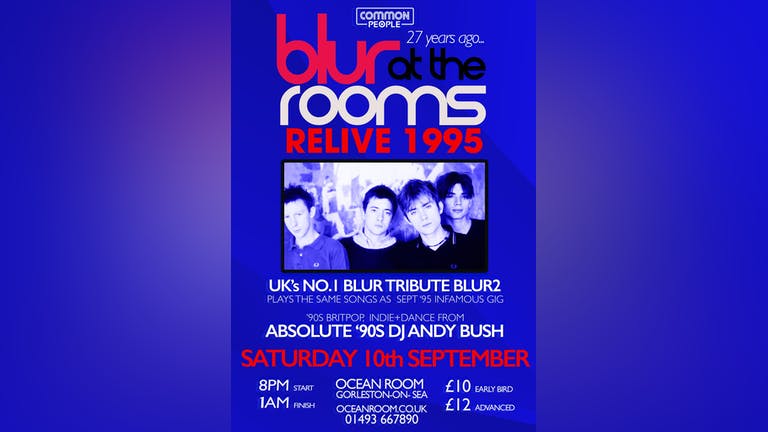 Were you there the night Britpop legends Blur played at the Ocean Rooms in Gorleston?

That 1995 gig has become the stuff of legends and now - 27 years on - the people behind the region's biggest '90s night are offering the chance to relive the magic once more.

Common People has provided entertainment to thousands of '90s music lovers over the past five years with a host of big name DJs and performers, including Bez, Rick Witter (Shed Seven), Steve Lamacq and Dave Rowntree (Blur).

Normally based in Norwich, they are heading to the coast for a special show featuring the world's best Blur tribute act: Blur2, plus classic '90s sets from Absolute '90s DJ Andy Bush and Norfolk legend DJ Flob.

As well as a live set featuring the same songs as that infamous gig, you will be able to disco down to the best britpop, indie and disco from the decade.

Early bird tickets are available for just £10 (£12 thereafter and £14 on the door) for what promises to be an absolutely fantastic evening celebrating the best music from the era.

Make sure you book early to avoid disappointment!